Why I love weddings!

I just can’t help it, there is just something about love stories! And let me tell you, I have not always been like this. I spent most of my childhood hoping I would get married someday, but not convinced. I was 5’9″ at the end of the eighth grade (!!!) and boys weren’t interested in me (yet). I remember crying to my grandmother (also a tall woman) about never finding someone, and her response (a classic Grandma-Coon-ism) was: “There’s a seat for every ass.” Still  one of my go-to lines. 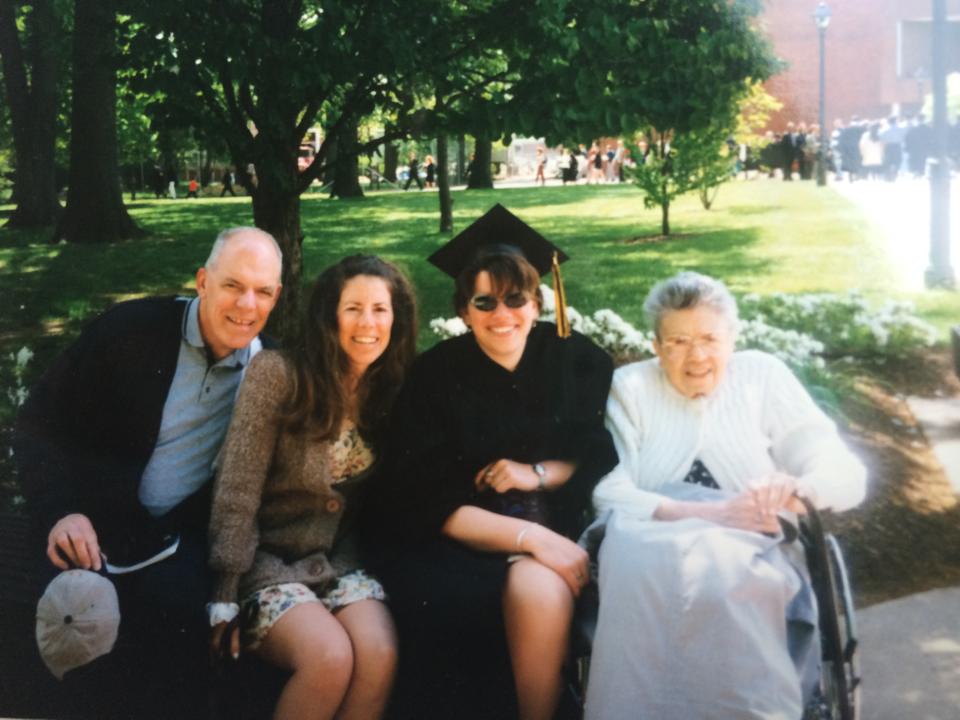 That’s my dad, my aunt Judy, me, and my Grandma Coon at my college graduation, in 1997.

As the years passed, the boys caught up with me in height. But I found I was more interested in building a career and friendships. I didn’t set aside the time. I wasn’t interested in the bar scene. Internet dating was still a little on the mysterious side (as opposed to now, when it’s hard to meet the “old-fashioned” way). It wasn’t until I was in my late twenties that I embarked on the internet dating scene. And…it was pretty much what I’d expected. A disaster. Well, not entirely….I ended up in what I thought was the prefect relationship. We found out we were expecting. And a few months later, the bottom fell out! It was super complicated. I became a single mom. All thoughts of dating were shoved aside. For 6 years! I didn’t go on a single date. Not one. Call it a dry spell…the size of the Sahara Desert!

But life has a way of putting you on the right path when you’re not looking. Single parenting is one if my life’s greatest accomplishments, and I don’t regret devoting myself to the hard work and struggle that was involved in raising my sweet daughter. She’s well on her way to becoming a young woman I know I’m going to be super proud of!

When my daughter was around 6 years old, I was convinced by a few really wise, super-supportive, girl friends to try dipping my toes in the internet pool once more. I ended up in a 1-1/2 year relationship. Not a bad one. And I learned a ton. That was followed by a few more short-term ones. A month here, three months there. Each time, I learned more about what I wanted in a man, but mostly about how I wanted to feel, in a relationship.

Flash forward three years. I was about at the end of my rope. I had just had it and needed a break (but my Match.com membership didn’t expire for a few more weeks, so…). I get an email. It was really more an essay more that an email. And my first thought, “Trash this one. I bet he copies and pastes this to every girl.” A few minutes later, without a response from me, a second email. With a joke. It referenced the movie, Despicable Me 2. You know that movie, the one where Gru meets a girl?! Well, I was intrigued. I wrote back. We talked on the phone every night for over 2 weeks, and finally went on a date. (Side note: Richie’s contact info in my phone still has him listed as “Richie Gru Bogath.”) 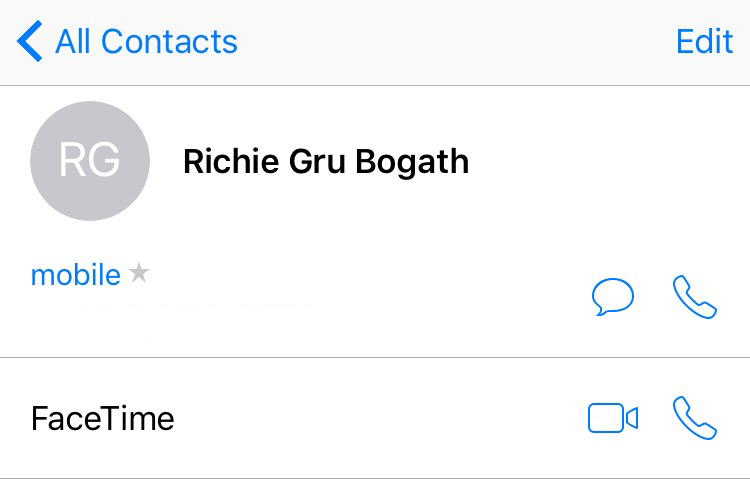 We fell fast and hard. The rest is history (read more about it here).

I began planning our wedding and realized that I loved creating all the details. It was when I went to the first wedding where I was the planner, and cried during those vows, that I realized it was all so important. Helping other people to have the wedding of their dreams. without a care in the world. How awesome is it that I get to go to weddings all the time and watch people telling other people how much they love them?! That they are going to love them for the rest of their lives. They do this in front of all their important loved ones. And I get to be a special part of that. Love—It’s pretty cool.

And I still cry. Every. Single. Time.

In Weddings (as in Life) Something Will Always go Wrong »